Barking Enterprise Centre has a long, successful
history of working in Barking and Dagenham.

Opening of the BEC 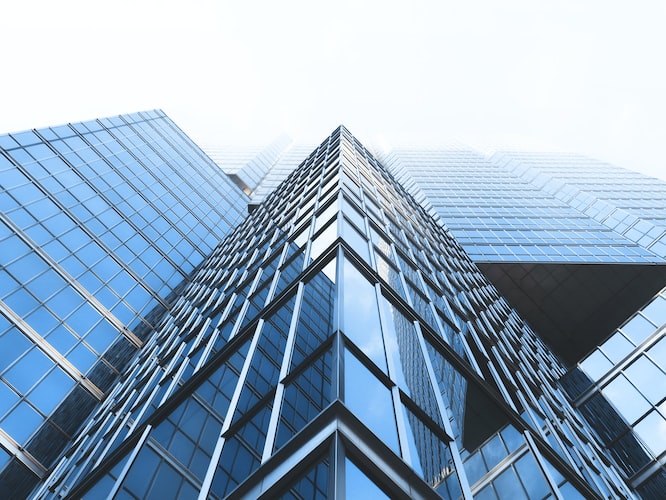 Originally known as the East London Business Partnership, it worked with local people who wanted to start their own businesses. In 2011, the Barking Enterprise Centre moved over to the strategic business partnership set up between the London Borough of Barking and Dagenham and Agilisys and was called Elevate East London. This was a very successful move and saw Barking Enterprise Centre move into a brand new, purpose-built enterprise centre located in the town centre.
In January 2016 BEC 2 was launched offering additional flexible work spaces for small organisations and then, in April 2016, Barking Enterprise Centre officially became a Community Interest Company with continued support from the London Borough of Barking and Dagenham and Elevate East London. Community Interest Companies (CICs) are social enterprises that want to use their profits and assets for the public good and for the benefit of the community. Watch this video. 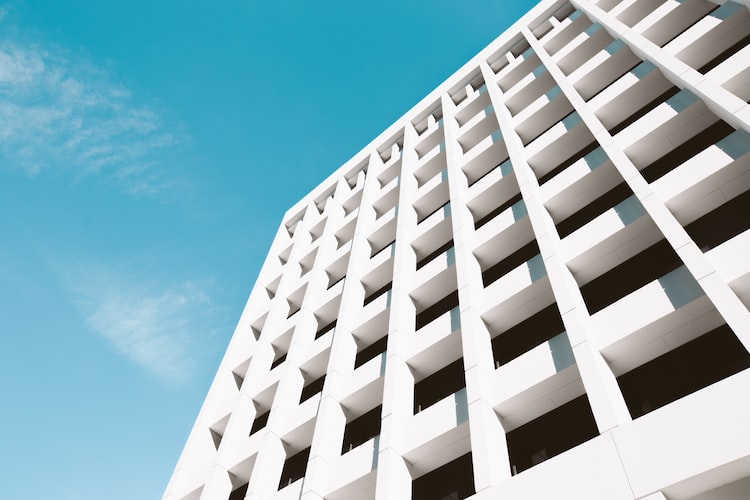 But we’re not stopping there! Our ambitious plans mean we are finding innovative solutions to continue to help support businesses.

This includes the formation of the BEC Collective; supporting creative businesses and an exciting brand-new service, dubbed the “workspace of the future”. 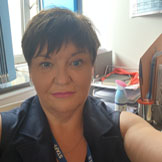 Chief Executive
Karen started working with the BEC in April 2015 and developed the project which would lead to the BEC becoming a Community Interest Company (CIC) in 2016. Karen loves her varied work load at the BEC and leads on supporting creative businesses and the hospitality industries, as this is where her experience and passions lie.

Formerly Karen was a Group Manager for Barking and Dagenham Council, leading teams and people, which supported people with learning disabilities to lead independent lives. 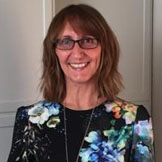 Operations Director
Donna has been Operations Director since June 2016. Previous to this she held a Business Manager role within the regulated financial services sector for over 31 years where she managed a portfolio of small businesses, offering support and professional expertise as well as delivering enterprise workshops within the local community. Donna is a member of the Chartered Banker Institute and holds a recognised accreditation in business banking.

Donna is passionate about her family and has two beautiful nieces who never cease to inspire and amaze her every day! A true believer that you can achieve anything in life if you work hard and want it enough. 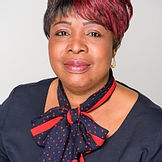 Reception team
Wendy has 27 years experience working in various public sector roles, including 17 years with the Department of Trade and Industries. Wendy is passionate about her family, most especially her four children and seeing their achievements.

Michelle Obama is the person that inspires Wendy. She’s a go-getter, self-assured, self-confident, no nonsense sort of person. The best professional/career related advice Wendy has ever received is to treat others as you would like to be treated. 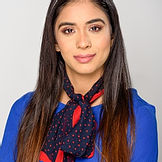 Reception team
Ameena studied health and social care for almost two years before deciding she wanted a change. She completed her apprenticeship with the BEC for a year and enjoyed it very much. She is passionate about a career in customer service.

Her manager and work colleagues inspire Ameena to be the best she can be and have taught her everything she needs to know for the job she’s doing. The best career related advice Ameena has received is to have a path but be flexible; to be willing to accept challenges even if it seems they may lead you down and different path. 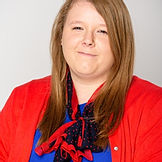 Reception team
Gemma volunteered on and off for two years in local community centre and library before completing her apprenticeship in business administration with the Barking Job Shop and then joining the BEC reception team as junior receptionist.

Gemma is passionate about building her career and making a good future for herself. Her family inspires Gemma as they have always believed in her and knowing she is making them proud makes her very happy in return.

The best advice Gemma has received is that it may not be the path you chose for yourself but don’t see it as a step back. See it instead as a side step towards that goal. Or the goal might change because you took that side step! 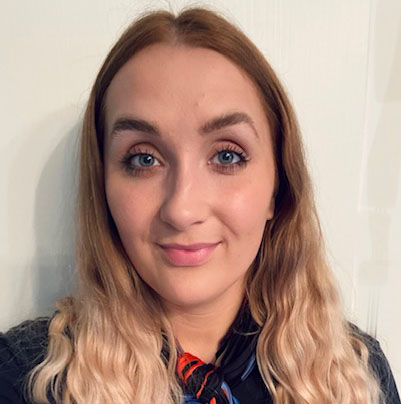 RECEPTION TEAM
Sam has completed a Level 3 business administration apprenticeship in the construction sector before coming to the BEC. Having over 10 years’ experience in customer service allows her to be passionate in the role and take on any challenges that she may face.

She is a creative person and likes spending her personal time creating posts for social media and creating or making personal items. She is very family-orientated and tries to succeed in her career to make her family proud. 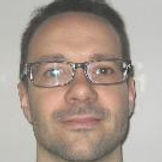 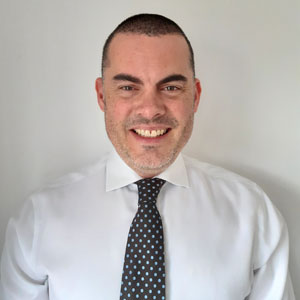 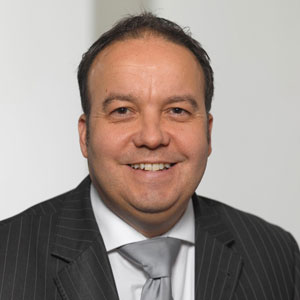 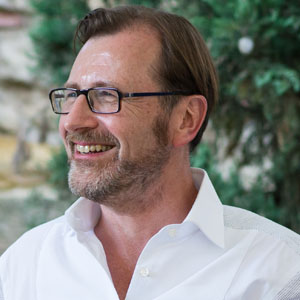 The BEC Collective is a streamlined Barking Studio space that is designed to meet the needs of creative businesses. This initiative has very quickly become a centre that is helping to motivate, nurture, inspire and encourage collaboration between artists and creative people.

Along with his team and a bunch of very talented freelancers, Dowan has completed well over 1000 video projects which range from ’Short form’ 20 sec to 5min videos, to longer pieces for local authorities, charities, small and medium sized businesses and some TV work.

Although most of their video projects are filmed in and around London, Dowan and his team have also made videos in many places up and down the UK, as well as Cyprus, France and Nigeria. The travel, meeting new people and learning new things, is why his passion for video making has not faded even after two decades. He sees himself as a story teller and every video he makes tells a different story; whether that’s a 3 minute corporate video or 90 minute feature.

Photographer
Jimmy is an ex builder, self-taught photographer born and bred in Barking and Dagenham.

Jimmy doesn’t feel it is always necessary to have studied at university to succeed in what you love doing, if you have the drive and resilience to keep pushing forward. He started out as a street photographer, walking around the streets of London capturing the everyday goings on learning as he went and researching 24/7 on what he needed to know to improve.

Jimmy is now running his own successful photography business and photographs many different subjects from festivals/events, headshots, studio work with models and families to construction sites from start to finish.

He loves the diversity of his work and meeting some great people along the way. It is very rare that any two days are the same!

He would love to do more documentary work and Jimmy considers the year he spent documenting a care home to be some of his best work so far. Photography to Jimmy is a passion. On days off he will often be back out on the streets with his camera catching moments.

He gets great satisfaction from passing on images to a client or friend and getting such great feedback. To capture a moment in time that often cannot be repeated is what Jimmy loves to do.

Music Maestro
Ash was raised in Barking and is still a proud resident. He's a DJ, music producer, radio host, label manager and event promoter who has released music on numerous record labels such as The Pop Manifesto (USA), Merge Layers (Italy), RKS (LDN) and Super Kitchen (Bristol). Having DJ'd for over 10 years, his DJ CV includes radio stations such as BBC Radio 1, 1Xtra, Rinse FM, Radar Radio and more.

As a keen follower of the UK music scene and being from the 'Grime Kid' generation, Ash has been producing music for artists since he was at school. He started his record label a few years ago as a platform to release his own material and he has now begun expanding his portfolio into other creative areas such as creative advertising and podcasts/streaming.

Ash is passionate about music and radio because he simply loves it! The whole process from start to finish, whether it be a song or a radio show. He enjoys seeing and being involved with people expressing their creativity. Growing up, music was always on Ash’s mind, as it allowed his friends and him to express themselves, which probably helped keep them out of trouble! There aren't many places that are the equivalent of the youth clubs we had back then, so Ash is also keen to provide a haven where young people can express themselves and have fun.

Filmmaker
Joelle Mae David, a local resident, founded the World Cinema Film Festival in Barking and Dagenham last year. Using her own experiences of the film industry, she wanted to help more people from different backgrounds connect with industry professionals and break into film.

As a filmmaker, she created Bluebird Pictures, a production company that not only creates independent film projects but also teaches young people different elements of filmmaking.

Joelle is passionate about being a filmmaker, because she believes it is an art form that is universal and can bring people together, and to tell stories that otherwise would not be heard.

For more information about joining the Collective, contact Karen West-Whylie on T: 020 8227 3030
or email karen.west-whylie@barkingenterprisecentre.co.uk